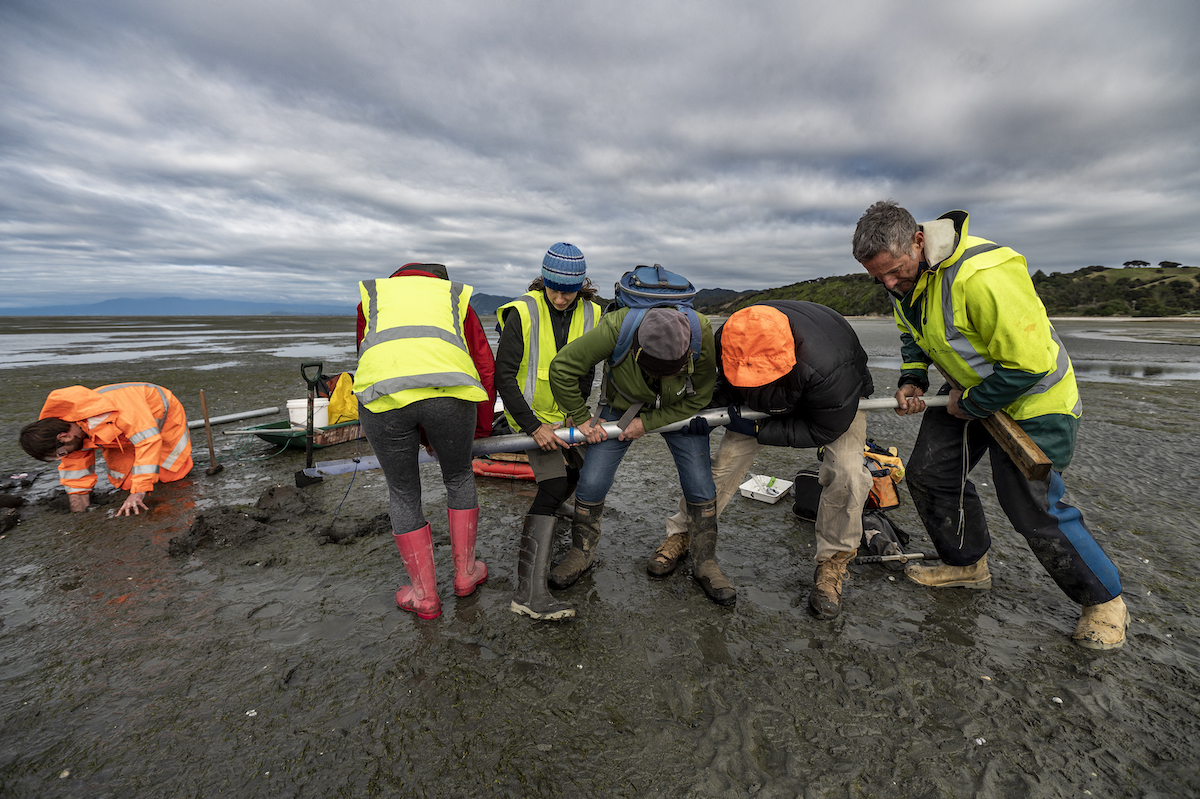 The Nelson Tasman Climate Forum is lending its support to an important blue carbon study in the region.

Blue Carbon is carbon that is stored in the world’s ocean and coastal ecosystems. We are still in the early stages of understanding the full potential of blue carbon sequestration (the term was only coined in 2009), but the Core and Restore team is eager to unlock its secrets and understand its role in mitigating climate change.

We do know that wetland plants store much more carbon than the same amount of forest on dry land. Because their water-logged soils lack oxygen, plant material decomposes in those soils far more slowly, and the carbon in this material gets locked away for long periods – unless disturbed.

Farewell Spit is home to the county’s largest seagrass meadow and accounts for a quarter of all seagrass in New Zealand. It is an internationally recognised RAMSAR site that sees 20,000 migrating birds visit each summer. Core and Restore have been taking sediment core samples from here and from other local ecosystems and analysing the carbon content.

The project has been included in the Government’s Emissions Reduction Plan as one of several case studies demonstrating the range of action being taken across communities, government, the private sector, local authorities and elsewhere to reduce harmful emissions and respond to climate change while supporting the move to a low-emissions economy.

The objectives of Core and Restore align well with the Forum’s mission and is  one of 13 projects the Forum has supported over the past year. Apart from the obvious benefits of carbon sequestration to the climate, wetland areas can, in addition to supporting ecosystems, provide a level of protection against surges, which are expected to increase with sea level rise. There is also potential to sell blue carbon credits which could be used to raise funds to support other restoration initiatives.

The Core and Restore is supported by the project partners, Pic’s Peanut Butter, HealthPost Nature Trust, Kidson Investments Ltd and Live Ocean as well as the Department of Conservation, Tasman District Council, local iwi and local businesses, The Nature Conservancy and the University of Canterbury.

If you would like to know more or get involved in the Core and Restore project, please contact info@tet.org.nz